Nintendo Switch Online app for iPhones and iPads plans to end support for outdated versions of iOS and iPadOS.

As such, if you are one of those folks who are still clinging to an old iPhone – because it remarkably still works fine, it might be time to get an upgrade. Or maybe not.

(Photo : Cameron Spencer/Getty Images)
SYDNEY, AUSTRALIA – SEPTEMBER 19: The iPhone 6 Plus and iPhone 6 are compared at a Telstra Store on September 19, 2014 in Sydney, Australia.

But if you are highly concerned about your access to the Nintendo Switch Online, this is a sign that you should get a newer smartphone.

As per a news story by Euro Gamer, a recent tweet from no less than the official Twitter account of Nintendo Japan says that the Switch Online app is ending support for older iOS versions very soon.

The whole tweet was written in Japanese, thanks to the built-in Google Translate feature on the giant social network, we understood what Nintendo was saying on Twitter. The translation from Japanese to English was a bit wonky, but we get it anyway.

(Photo : PHILIP FONG/AFP via Getty Images)
In this picture taken on May 9, 2022, a logo of Nintendo is pictured at its store in Tokyo.

The Japanese tweet says that Nintendo plans to update the Nintendo Switch Online app on iOS.

So, if you are an Android user, it is clear that your smartphone is not all affected by this, at least for now.

The new update of the Switch Online app on iPhones and iPads is rolling out, the Japanese gaming giant says, “around the summer of 2022.”

While Nintendo did not mention what new features or improvements are coming, if there are any, it did reveal its new system requirements. 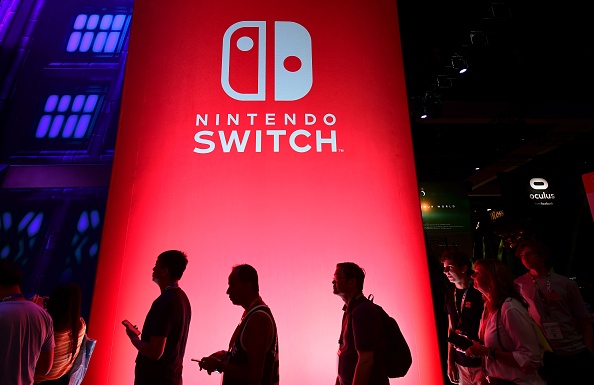 The upcoming version of the Switch Online iPhone app will be requiring its users to update to at least iOS 14 or whatever is the latest version.

That said, if your iPhone is still running an iOS 13 or a more outdated version than that, the latest update of Switch Online would not be available. But if you have at least iOS 14 installed, you are lucky to make the cut.

According to a recent report by 9to5Mac, the Switch Online app currently only requires its users to install at least iOS 12. But the next version needs them to run iOS 14 or later.

Essentially, this move makes a few old iPhones and iPads incompatible with the Switch Online app. It includes the iPhone 5s and iPhone 6, which a couple of users are still clinging to these days.

Aside from these older iPhones, a few iPads also miss out on the new Switch Online app, such as the iPad mini 3 and the first-ever iPad Air.

This article is owned by Tech Times

ⓒ 2021 TECHTIMES.com All rights reserved. Do not reproduce without permission.